This is pretty belated, but on May 6th I was lucky to perform at an Ederlezi celebration in Brooklyn. Sometimes the night is so good that you forget to document it until much later. Ederlezi is a spring holiday for Roma in the Balkans, and a variant on St. George’s Day. There’s a lot of singing, dancing, flower-throwing, and feasting of lamb to imbibe its purity and thus be renewed. Much of Romani spirituality centers on spiritual purification, and this holiday is a beautiful testament to this. Each activity cleanses the soul, and whenever possible, the holiday is celebrated by a river to bathe in and throw in flowers for luck.

My Romani family doesn’t actually celebrate the holiday because my ancestors settled in Western Europe, but I love the holiday and like to observe it in my own small way. This year, it was by dancing, singing, & invoking Sara la Kali at X Marks the Loft. So many thanks to JunXion for creating this beautiful event to celebrate the Balkan Romani holiday of spring and renewal. I’m also very grateful to the Bulgarian Voices Trio, who gave such a beautiful performance and then helped me sing “Ederlezi” because I’m not really a singer actually…. Check out their beautiful music.  Joro Boro also provided us great music & energy, and a real love for the holiday and for the Romani people. I was also touched by the way Chef Davo prepared the lamb so mindfully, slaughtering it himself with the respect and solemnity the holiday calls for, and pouring his intention for the holiday into cooking a delicious feast. We talked a little in Romanes, though mine is very broken due to my family losing the language in the war, and I learned that he lived alongside Roma back in Bulgaria and has a great affinity for the culture. The whole night I felt the respect and love of Romani allies who really wanted me there and encouraged me to share part of the Romani community’s culture.

Also, this is my favorite rendition of the song “Ederlezi” by Haimana Gipsy Band, featuring Tatiana Eva Marie 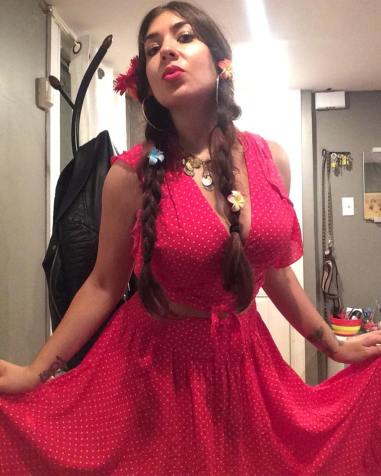 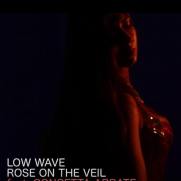 I had a ridiculously good time dancing in the music video for “Rose on the Veil” with Low Wave, featuring Chris Carr, No Surrender, and Concetta Abbate on violin, and I’m so excited to perform live with Low Wave this Valentine’s Day at BIZARRE Bushwick. We’re part of a delightful lineup of diverse artists and performers, and the show runs from 9 PM-2 AM.

Take a look at the facebook invite and flier for more details about the evening! 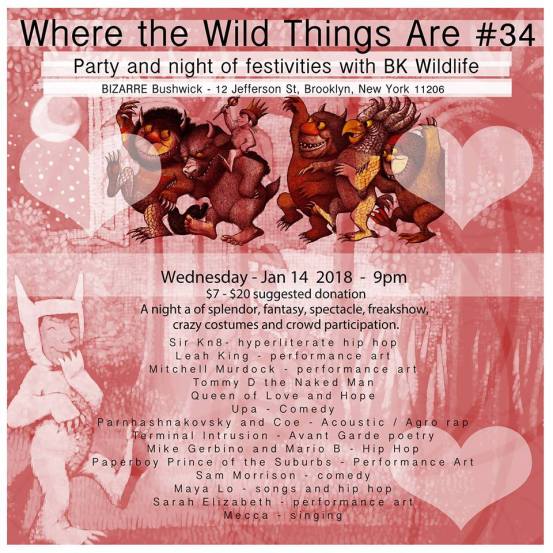 The music video for “Rose on the Veil” will also be released on Valentine’s Day, which I’ll post here too when it’s ready. If you like dreamy electro-dance-scapes, you’ll enjoy “Rose on the Veil”! Here’s the video teaser, and you can listen to the whole track here.

And check out some behind-the-scenes pics below. 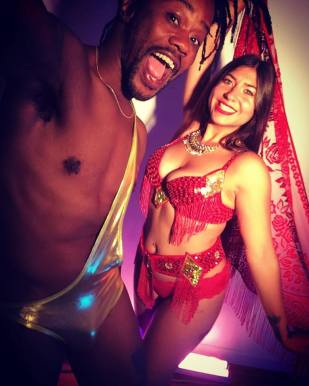 Chris Carr from Low Wave and me! 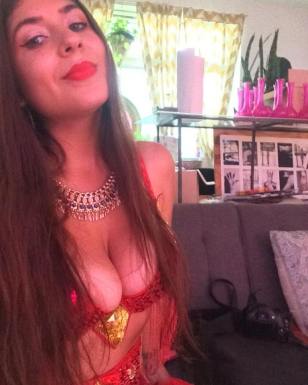 Selfie behind the scenes

I have to say, I really dig my outfits in this video. Sequined fringe bikinis are the business.